Appalachian Express, an award winning bluegrass band formed in the 70’s by lead singer Cindy West from rural Southside Virginia. The band traveled across the United States and Canada for a number of years, performing and entertaining at festivals, political events, churches and private parties. In 1987 the group was awarded first place bluegrass band in the International Championship contest for the Society for the Preservation of Bluegrass Music Association (SPBGMA) held in Nashville, Tennessee. Cindy is also five times Virginia State Championship Female Vocalist for the Virginia Folk Music Association. (VFMA)

In 1990, they were nominated for a Grammy for the Best Bluegrass Recording category by the National Academy of Recording Arts and Science on the Rebel Recording Label. In 1992 the group decided to take a break to raise their families and attend to other personal situations. After a few years off the road and many requests from promoters and fans, they are once again performing and enjoying seeing old friends and making new ones in their travels.

The group loves traditional bluegrass music, not hard core, but music they can adapt to their own style. Good, clean bluegrass sung with lots of feeling. They take pride in presenting themselves neat on stage and prefer leaving behind showmanship and a good image.

The group has 7 recordings out at this time and plans for a new project to be released in the very near future. They invite each and everyone to come out to hear and meet them at upcoming festivals and events and help further the promotion of bluegrass music. 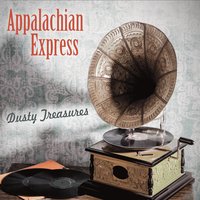